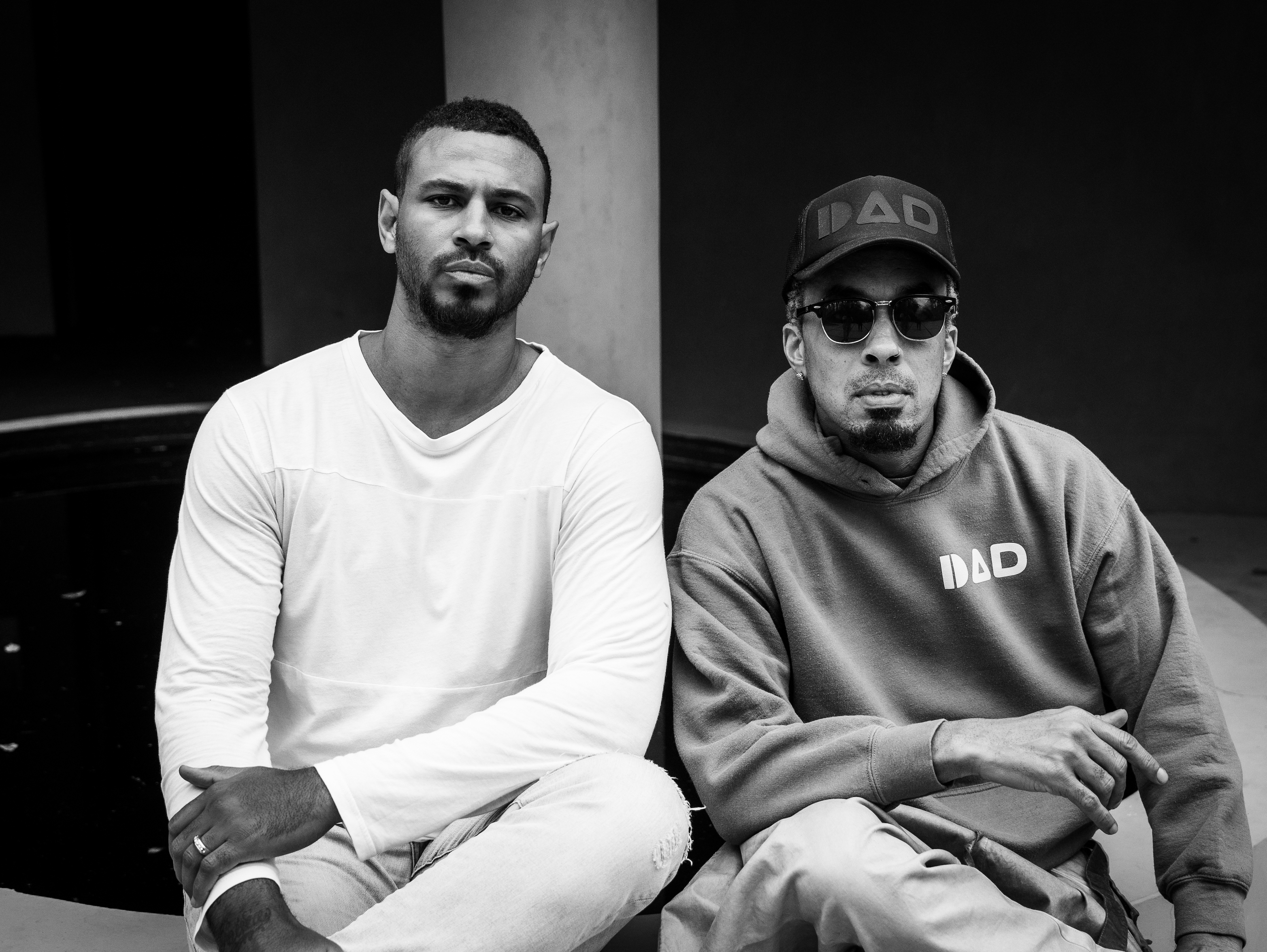 Myself, Brandon Tory––Founder of FORMLESS, (left), and Grammy Award-winning, Songwriters Hall of Fame producer and writer Dallas Austin. Dallas has produced more than 50 hit singles that debuted on the Billboard Hot 100 list.

"L.A. told me, you'll be a pop star, all you have to change, is everything you are"––Don't Let Me Get Me, written by Dallas Austin & P!NK.

Last year I released my first album Unicorn, and it represented a dichotomy for me of being someone that is driven to lead in technology and expresses myself using creativity. Creative expression may seem like leisure to some people but to others it's a way of life, it's an outlet that's necessary for survival, it's a language. I've always tried to find a way to merge those languages: technology and creativity, particularly from my cultural point of view as an African American man. Unicorn represents that story. When I first started to roll it out I dropped a music video called STREETS OF GOLD. In the video I had a floating Tesla. I put the floating Tesla clip on Instagram and Dallas Austin, who wrote the line I quoted above, DM'd me and said "we gotta link". For those who don't know, Dallas Austin is a certified music legend. He's produced and written for Michael Jackson, Madonna, Kanye West, P!NK, TLC––a Grammy Award Winner, and is a SongWriters Hall of Fame inductee with over 100 million records sold. He also recently founded a new distribution business called Dallas Austin Distribution (DAD).

The Future of Smart Contract Technology

Dallas and I hit it off immediately. I knew from our first call that he was the right person to work with. Of all the celebrities I've known, he had the most positive and warm energy, while at the same time being a musical genius. When I went to his house he played guitar licks he learned while playing with James Brown. I felt it was a blessing from G*d to be able to learn from him.

Immediately we started to talk about the future of music. I told Dallas, "I'm gonna take all my material off of Spotify". That's not something you normally say to a person building a distribution company to put music onto Spotify (and other DSPs). He asked why and I told him about the future of smart contract technology. He said, "you're speaking my language".

We decided to put Unicorn out, get it featured in Apple's New Music playlist (which Dallas and his team accomplished), but also talk longer-term strategy about technology and what we can do to innovate in this space. At the time, Dallas didn't know that in parallel my company FORMLESS had been designing a new system called SHARE.

SHARE takes a different approach to content distribution and smart contracts. It turns every file (every song, every video, every podcast) into a small digital vending machine. What's so special about vending machines is that they can operate on any other property, while the owner still controls their access terms.

Dallas would often introduce me as the talented guy who's a Google engineer and who created this album Unicorn that he loved. When SHARE was ready, I went to Atlanta to show him. We met in a conference room at Georgia State and I walked through the history of internet content distribution and why I believe that SHARE is the future. Dallas immediately got it, and we agreed that we were going to work together to bring this technology to the music industry.

I'm proud to announce today that this is now a reality. Dallas has not only made a strategic investment in FORMLESS, but we also have signed a partnership agreement with Dallas Austin Distribution (DAD) to offer the first-ever distribution deals in the form of smart contracts.

Here's why this is so important. Music can be pretty complex from a deal standpoint. In general, what we as artists want are partnerships. We want to be compensated to create work and then we want the work to produce fruit where the right people can participate. In my career, I've found that a distribution deal is the best way to do that, because you can leverage the influence of the partner company, without giving up ownership of your work. However, the issue with distribution deals is that they are largely built on legacy technology. We can make them faster, more transparent, and more efficient using SHARE, which distributes automated micro-transactional royalties across marketplaces. SHARE contracts are digital vending machines.

If you want to learn more about the technical details you can read the SHARE whitepaper and our documentation. If you want to get access, you can sign up using the DAD x SHARE registration form.

Look out for more announcements in 2023, this is only the beginning.